He was breathless, panting, with bulging eyes. What was amiss? Was he having a heart attack? would I have to scramble around in my messy brain for the First Aid Training from over 40 years ago?

He was completely speechless,  flummoxed and didn’t know what to do.

But relax dear reader it wasn’t a life or death situation.

We’re often asked by guests at Mysore BnB why, as foreigners travelling in India, do we get so much attention? Whether it’s wonderful hellos, gorgeous smiles, penetrating questions, endless photos, now the ubiquitous ‘selfie’ and almost constant stares. 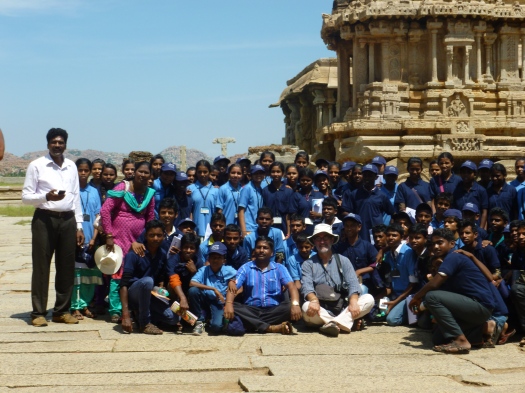 When I first travelled in Kerala,  I found myself with a Frenchwoman in a small Elephant procession but it was us, the foreigners and not the Elephant that seemed to be the main attraction. It felt as if we were the first foreigners these guys had ever seen but that was patently not true.  We are so often the centre of attention.

How could  that be with such lovely specimens…..? 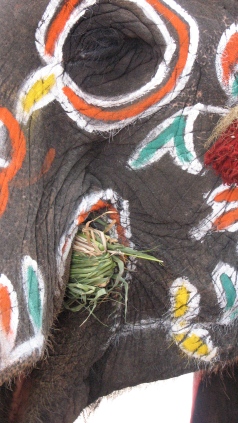 It hasn’t changed that much after living here seven years.

I often wonder who’s watching who? It’s sometimes unwanted and annoys some people  but its pretty harmless. But why? As always and especially in India there is not one, nor easy or consistent answer.

On one of my first visits to Mysore. Early one morning, I’m sitting at a corner watching the city come to life.  An elderly Indian lady walks up touches a cow (which of course is a god!) and then touches herself as if to take a blessing. She then does exactly the same to me! How come? 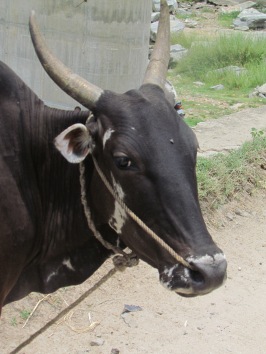 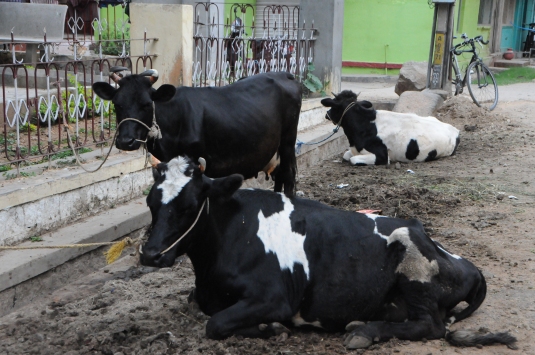 Some may see us as special even exotic and there seems to be at least, a certain reciprocity there.

One of the downsides of all this, is of course, that it relates to seeing someone with lighter skin as better and in that case it should be relegated to the dustbin along with the ‘fair and lovely’ creams. But it’s not quite as simple as that.

Guest is God!, but not always…

Just last week we went to see another (first floor) house to rent.

Manjula had called the owner to get details and the price. It sounded ok. So we arranged to see it. It didn’t quite go to plan.  We hadn’t revealed that I, a foreigner, was involved. This was to help ensure we’d get a fairer Indian price. The owner pulled up outside the house of his two-wheeler. Manj and I were waiting and the ladies from the downstairs house were hanging around and chatting. 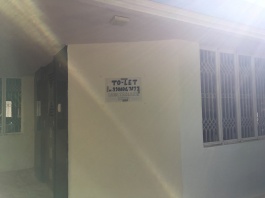 He’s the guy I began to describe at the beginning of this piece.

Let’s say he was speechless but it might best describe his initial response to say he was shocked and stunned. When he slowly began to gather his senses (OK don’t expect too much here) he said it was “only available for vegetarians”. The shocking foreigner before him obviously was a rabid Christian carnivore. Well, I’d got him there, I’ve been a veggie for 40 years.

“It’s for family and not bachelors.”  Well as I’m nearly 60 with grown up kids I’m not exactly family but neither am I bachelor and I’m not planning to have all night parties. So I sort of hit him with that in my inestimable western logical sort of way. I must admit though I wasn’t winning him over.

Finally we got it. It wasn’t available to a foreigner. It’s the Firangi Flop. End of story so we’re not just special!!  I gave him a bit about being a guest in his country (Famous saying Atithi Devo Bhava: ‘Guest is God’  clearly didn’t apply here), that I’d been renting from a member of his ‘community’ (this guy is a vegetarian Lingayat as are my current house owners) for seven years, kept a clean house, paid rent on time, blah blah blah. To no avail. So that house is off the list and he’s not getting a Christmas Card! 😉

We tried it again with a lovely small house just down the road, same problem.

It does however reflect a common fact here, not unlike elsewhere. Traditionally, local people’s friends are quite rigidly defined, social networks and milieu are of their community, a term which locally means: where they are from, who they worship and their caste. No difference from the rest of the world eh? but prejudice here is incredibly transparent. They haven’t learned to hide it behind ‘politically correct’ camouflage. Appealling to ‘vegetarians only’ is code. Outsiders need not apply. It specifically means:  it’s only for higher caste (Brahmin), Jain or Lingayat. In this case, it’s based on even more prejudice and only available to people from Rajasthan , who are themselves, of course, in-comers or oft-comers as we’d say in Yorkshire.

In my view its part of the iceberg which  also relates to extreme politics, we’re seeing  around the world and that touches on people being disconnected from each other, xenophobia, anti-immigration and intolerance,  but that story is for another time.

Maybe, as always, I leave the last word to Manj.

Here’s Manjula ‘s view from a couple of years before working for me.

over nine years ago, the time when I lived at my brother’s place. Once my brother’s wife and I were out to purchase something from a shop, it’s a small village, it comes after Hassan, it’s called Salgami. On our way back home we saw 2 foreigners, a couple, they were cycling. My brother’s wife said in astonishment, “Look how these English people are cycling in our village. I think they like to see villages.” She continued, “If you work at an English person’s house you will earn well enough, they’ll offer you good food, nice and rich food. Imagine, if I was not married, I would have worked at an English person’s house. I would have eaten the same food as they did, I would be happy and jolly. “
I said, “Ayyayappa! English person’s house? A big NO to their house. They eat insects, they eat all kinds of meat, they eat cow’s meat, pig’s meat and what not! And a few also eat insects.” I said this as I had watched in television; in a few shows which showed them eating many creatures “
She said, “It’s not necessary that everyone eats. The ones who eat will eat and there are the ones who don’t eat at all. “
Later we reached home.

After 6 months, I came to Mysore. Look what happened with me? The same thing what my brother’s wife had said, I got a job at an Englishman’s house! I remember Stephen had asked for a maid for this house, a girl or an old lady. I was lucky to find his house and he was lucky to find me.
I was wondered thinking about all kinds of meat I might have to cook. Later I heard it from Vasanth that Stephen was looking for only vegetarian food to be cooked. “Thank God!” I was relieved.
I eat chicken, mutton and fish. I can cook them all but if it was any other meat I wouldn’t have touched it. I would have reluctantly said “NO” to cook any other meat.

The final section above is taken from the digital recordings that Manjula has made in Kannada and have been transcribed by our good friend Vidya, for me to share via the blog. This is the first quote from this treasure trove.

Firangi is an old term for Foreigner, usually white, westerner and possibly British now we’re referred to, rather boringly, as plain old ‘foreigner’ or even “American’, I think it was originally Persian and Jonathan Gil Harris describes some in the ….

One thought on “Firangi’s Fortunes”