As everywhere it somehow stimulates memories of elsewhere. I last visited shortly after Manjula died.

This situation is something of an analogy.

Manjula was the kindest person I’ve probably ever met yet she’d be let down badly by people throughout her life.

I also try to be kind and considerate and I’m beginning to realise it doesn’t work well when others are insensitive, thoughtless, can’t appreciate the ‘other’ and are ultimately unkind. I know, I know I’m a naive 63 year old.

I’m now isolated, in quarantine at home, the street is blocked by fencing on either side of my house, the washing machine is disconnected, I’m unable to shop. Lucie is confused and I can’t walk her. I’m disrupted.

Sowbhagya who works for me is also in a difficult situation quarantined with a sticker on her door confined to a postage stamp house separated from her son.

On the positive side I am in a comfortable home, received home deliveries, stocked up the freezer, Lucie is a street girl and can figure things out. I am extremely fortunate, there are people in terrible situations and have been for months. I should complain less and be sensitive to their situation.

This situation is however completely unnecessary and could have been avoided with a little thought and care.

Two weeks ago the owner asked if they could use the downstairs house for a couple of months. I readily agreed as we have no guests in the current situation. I use it but can manage. There’s one of me and counting the ground and first floor house it’s four bedrooms, library, two lounges you know the sort of thing. Help others, share it out.

The five members of family: grandparents, parents and daughter were living in an apartment in Bangalore and were concerned about the increase in the spread of the virus. At least one of them has underlying health conditions, and the elderly are from a vulnerable group. Once we discussed a few conditions primarily about looking after my stuff and complications about shifting the washing machine plus getting confirmation this was a temporary arrangement (many of my friends were suspicious it was a con to get back the houses) but I checked that one out specifically.

It was a hard thing to do emotionally. Manjula died a year ago. This is our home. She moved and properly set up the Mysore Bed and Breakfast when we took over the downstairs house around eight years ago. But I could so I should help. They could exclusively have the downstairs house with me and Lucie upstairs, separate entrances etc.

They moved in ten days ago.

The adult son of the owner who I deal with now informed me after six days, he’d been tested positive for coronavirus and would go into isolation in hospital.

The rest of the family and I were tested the next day. It seems that the only one other who tested positive was his daughter and she’s now with him in hospital.

Of course it’s just one of those things we have to deal with the best we can, everyone around the world has the same challenges. However, we’ve spent almost three months in lockdown being careful not to get the virus. That care paid off as we’ve had no cases in our layout Siddarthanager, until now, that is.

Now we have what seems to be a completely avoidable situation. Were they suspicious that they might be carrying the virus? Probably, otherwise, why go for a test the day after arriving?

If there was a suspicion a test should have been taken before shifting from Bangalore or gone to their isolated rural farmhouse rather than completely disrupting our lives.

It’s a practical problem but was quite an emotional pull letting them use the house. Manjula’s room was downstairs and for her last few months we created a lovely set up for her. This was her place I was letting go. I’d asked for her picture, the one on which we’d placed flowers every day for a month and then every month to be left on the wall. I discovered they’d taken it down and stuffed it in my storeroom down there. It’s now upstairs with five other pictures of her so maybe a bit over-the-top.

It’s now reflected, when I said at the beginning, kindness met by at the very least insensitivity, to me and my situation and to Manjula even after she’s gone. People don’t care for others enough.

The world is in a sorry state, we just don’t care. The virus, climate change and our responses are actually symptoms of that malaise.

Sally is one of those guests that you’ve no idea when they first arrived and keep popping up so much you wonder if they ever leave. She’s clearly become besotted by India.

Sally is a creative who works in broadcast media in the UK on one of the most iconic soaps as Costume Designer. But can turn her hand to many things: design, textiles, writing, costume making, continuity, tours, and her beautiful home and garden, all while supporting her mum.

I’ve lost count how many times she’s been to visit and has now set up her own business providing carefully curated textile travels in south India. She’s also on Facebook and as Textile Travels

On Manjula’s first holiday to the U.K. we had an amazing adventure with Sally and her partner Mike in a narrowboat adding travel along the canal to Manjula’s list of great experiences in our all too short time together.

We have a lot in common, not least that we both recently lost our loved ones. Recently she’s taken the lead in helping us design a patchwork quilt and appliqué banner from Manjula’s clothes that will soon appear at Mysore Bed and Breakfast.

I look forward to her return and the way she’s going think she’ll spend more and more of her year in India.

Sally is a diamond gal (what does that mean Stephen? Your writing is supposed to be improving – the gentler Ed) officially now ‘family’ and has joined those who’ve returned here to provide incredible support over the most difficult time in my life.

Thank you for your kind responses via messages, phone calls, Facebook and here on this site, to my two letters. It’s been important for me to share and feel your support.

In passing through the grief portal of pain to love, to understand and know Manjula better. I’ve found a few useful books.

The letter to Manjula was me talking to her to recognise my loss, and share with her, my remorse which I wasn’t able to before she died. It’s part of a process outlined in the grief handbook the book on top of the pile.

I’ve maybe written the letter a dozen times but it’s only now I’ve felt able to share it with her. In therapeutic groups or pairs they’ll often read their letter out to each other.

It’s quite interesting to shift from focussing on her body/ego to her soul spirit wherever that might now be.

It’s been quite a journey from the devastation I felt through to recognising my absolute love and devotion to Manjula. There’s now more sweet and less bitter and my first thought is now more likely to bring a smile, than a tear.

I now know her better, partly as I’m researching and writing our story.

Meanwhile Mysore comes back to life. There’s been an unlocking. Here’s a few shots from our morning walk

Why are my videos upside down? Is somebody trying to tell me something? 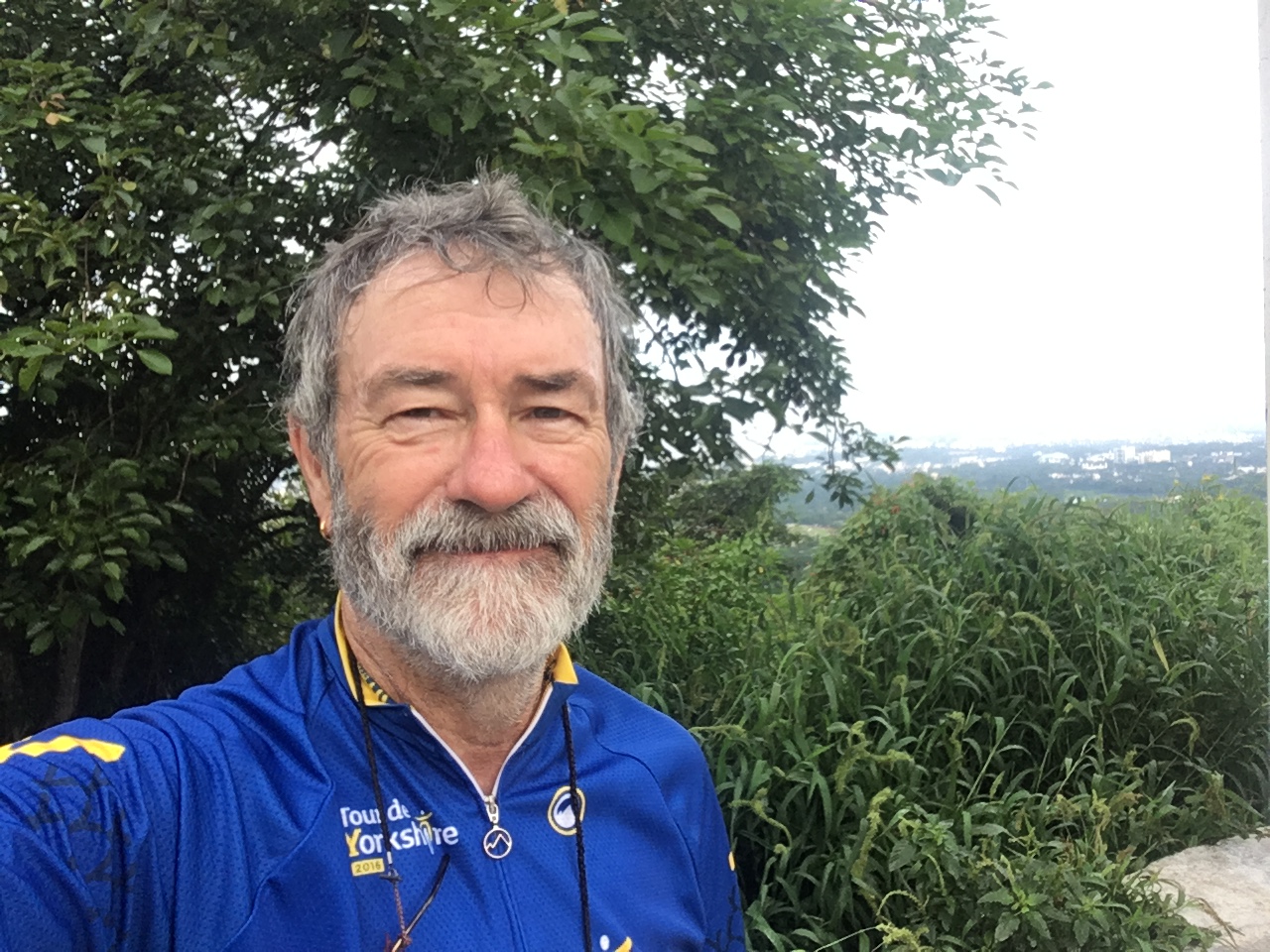 at least the photos are the right way up

It’s been an exceptionally challenging time and continues to be. But it’s important, for me, not to forget how difficult it is for Lucie. It’s been turmoil. She’s lost one of her closest friends, who like a mother would care for and support her. One of the distinctive smells and presence, in so many ways, is no longer with us. I can’t begin to imagine what it’s like for her. Lots of action then her world is turned upside down and then having to rely on that unpredictable man.

“Where’s my routines and familiar friends. she cries!”

She was and continues to be sad. We’re adjusting in what turns out to be a long long road.

There’s a posting here in recognition of our supportive friends. 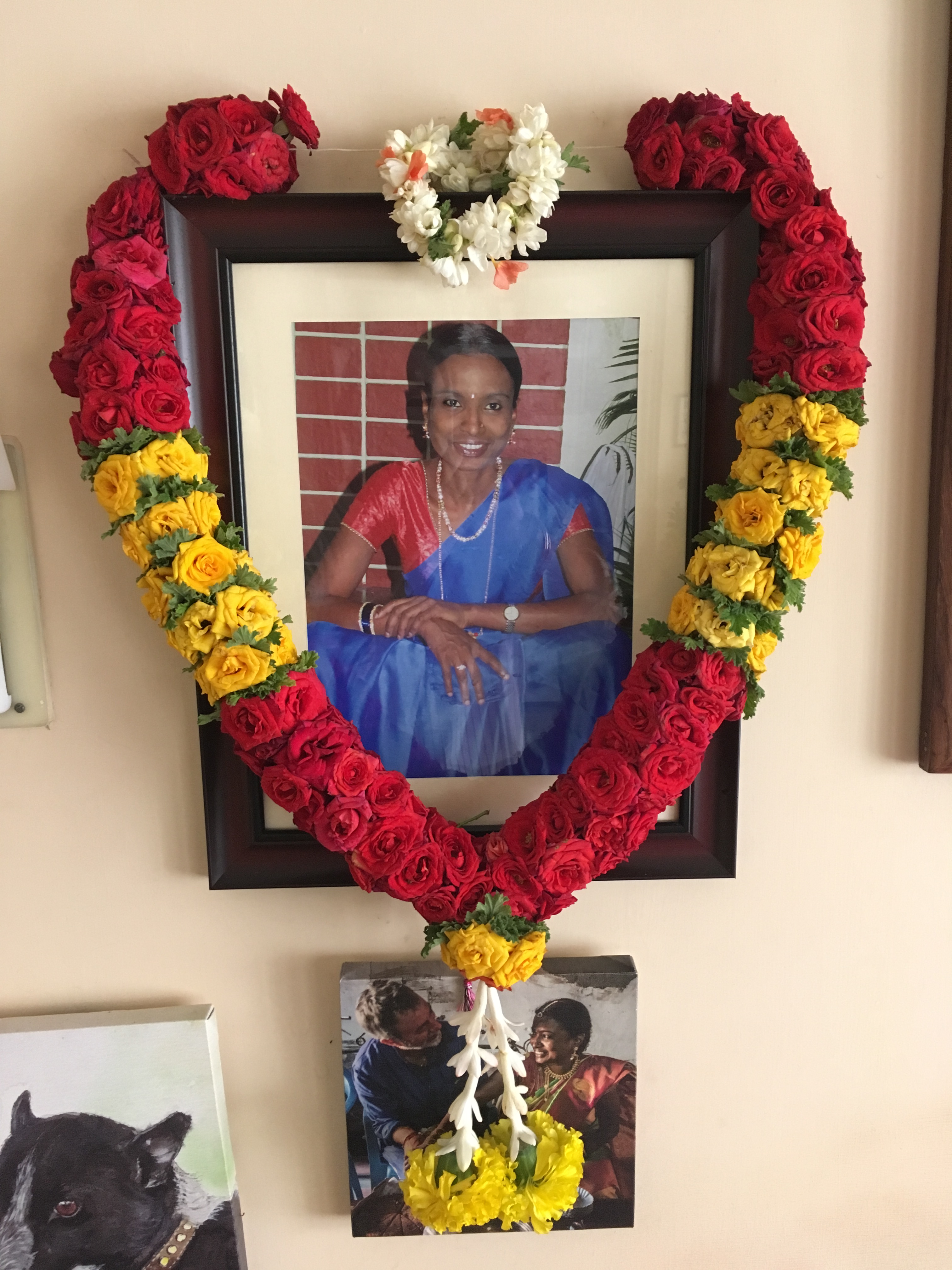 How can they find it?

In America, four out of five people who voted for Donald Trump in 2016 saw an ability to bring about change as his most important quality. That tells us less about Trump than it does about the way that real agents of change, social movements that can truly transform people’s lives, have crumbled.

People need change, although they might deny it, and need to feel they have both purpose and some control over their lives.

Image is from my 50th birthday invite and how life changed a few years afterwards.

So what’s life without it purpose or meaning?

Humans, Frankl suggests, find themselves only through creating meaning in the world. Meaning is not something to be discovered – it is something that humans create. They do so by acting upon the world. “Man does not simply exist,” Frankl wrote, “but always decides what his existence will be”

I created my change and a new meaning through my muse, my catalyst, my Manjula.

I write this on a reflective journey, realising we can’t control, seeking to add to that meaning and find fulfilment whilst holding my dear to me.