As part of Manjula’s BIG Trip we’ve spent four days on the Kennet and Avon Canal.

Organised by Sally it was an opportunity to test out whether  we’re made out for life on the canal. Sally is a previous guest of Mysore Bed and Breakfast who has become a great friend.

Mike, Sally’s parter has lived and worked on or near the canals, all his life. So we had an experienced team in charge helping Manjula and I get a proper introduction to life on the waves! 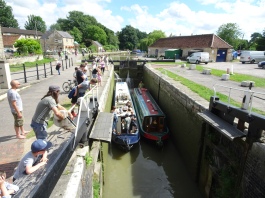 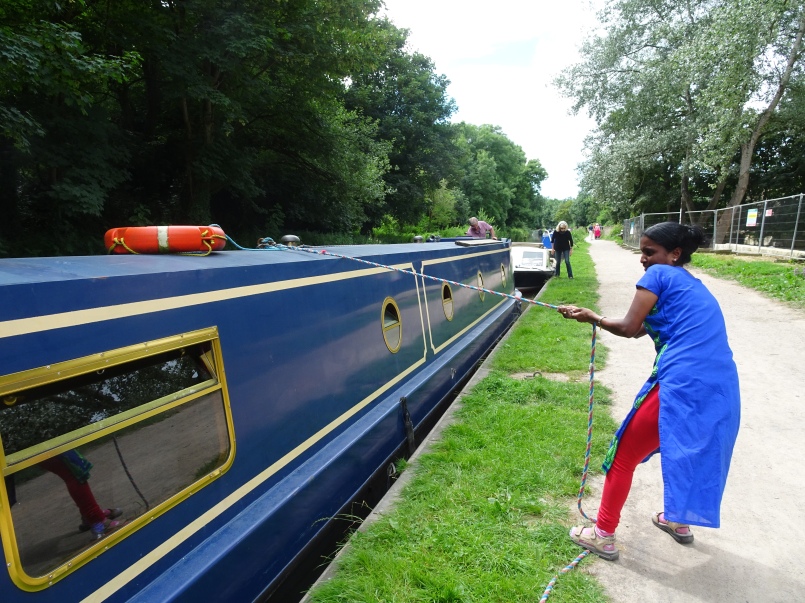 Manjula’s helping us through the locks to take the narrowboat up and down the hills.

Cooking Mysore specials on board 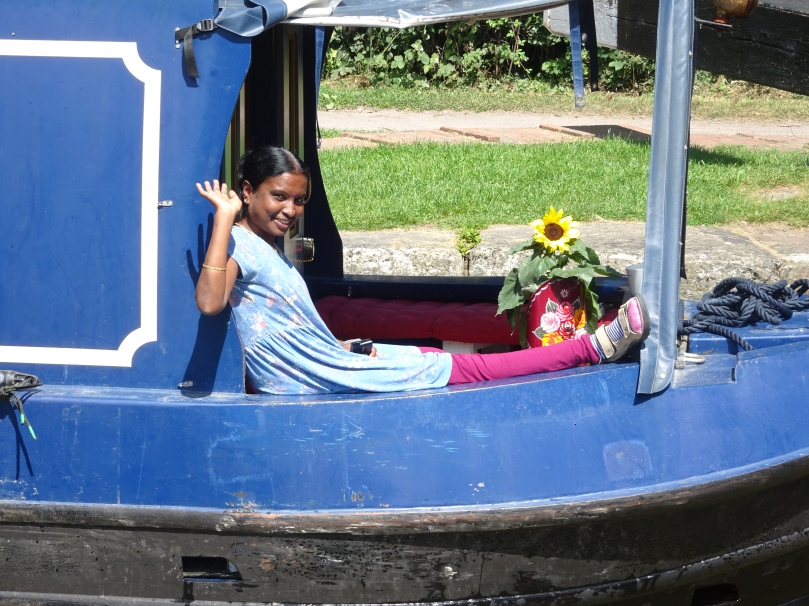 and taking a well deserved rest! 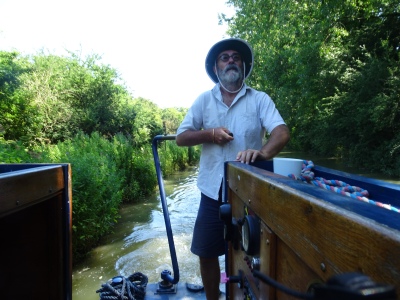 and Stephen was even allowed to steer the boat on his own, without crashing it and there were only one or two near misses! 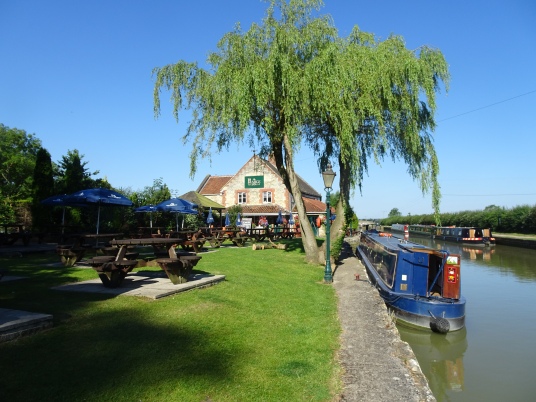 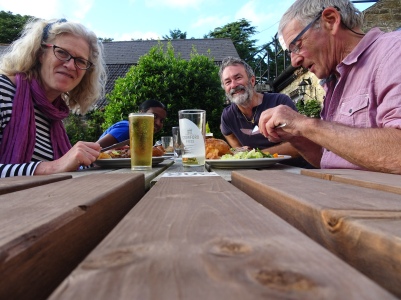 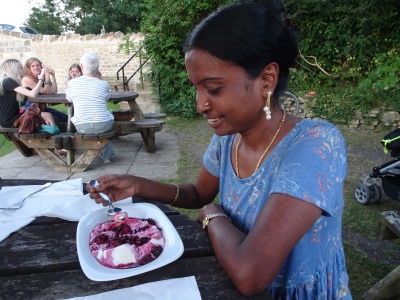 There was plenty of time for stops at the Pubs.

In England and Wales there is a network of canals through much of the country. The first to be opened was the Bridgewater Canal near Manchester in 1761 to transport coal. As an integral development of the industrial revolution it became a successful network for transporting goods and living on board. It has a great history and strong community. At its peak there were 6,000 miles of navigable rivers and canals. Now there’s maybe half that number after many fell into disrepair. There has been a tremendous effort to rebuild and reopen after significant investment and the tremendous involvement of thousands of volunteers. It’s now an invaluable resource for holidays and home for many people.

I wake alongside a babbling brook. It’s early and I can hear the trickling of the stream alongside my head. I quickly orientate myself. We must be camping although surely that’s planned for a few weeks later at the WOMAD festival.

we’re staying at my eldest son and his partner Alice’s, who are my granddaughters mum and dad and therefore personal assistants.

Poppy has brought her potty to the living room alongside the futon (I.e. close to the floor) just  to the side of my head to have her early morning pee 😉

So that’s me up, empty the potty, wash it out, welcome to Poppy’s world.

manjula manages to sneak a couple of extra hours sleep, her legs are aching after all the walking….. 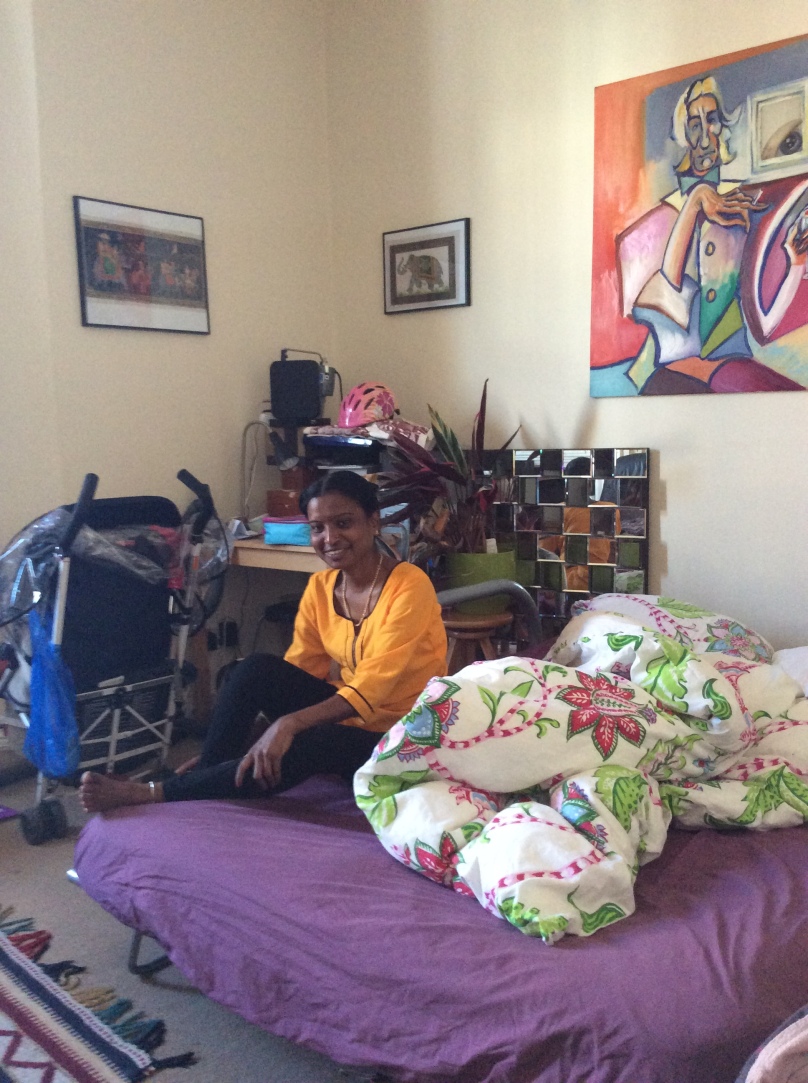 by now Poppy is an animal! 😉

Manjula first impression of the UK……

its all about Shopping 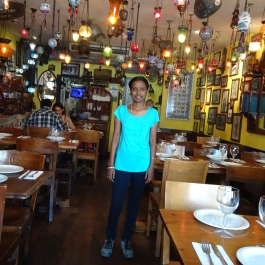 well it didn’t take long to find our first Indians at the corner shop near to Gina’s where we’re staying. Manjula can’t believe how many shops there are and seemingly constantly busy and she wonders does anyone eat at home?