Lucy is a mainstay of Mysore Bed and Breakfast: she’s critical in welcoming new guests, licking toes and generally helping people feel ‘at home.’ With such a wonderful temperament many of our guests fall in love with her. We even have Indian guests who bring their children to help them get used to friendly dogs.

Six years ago she was dumped along with her brother and sister at just a few weeks old. Well, we sort of adopted them and our neighbour downstairs (at that time we just lived upstairs) was seriously unimpressed, as the little puppies soon realised where I lived, obviously, and then were forever pestering for food and play.

We found homes for the other two and kept Lucy. 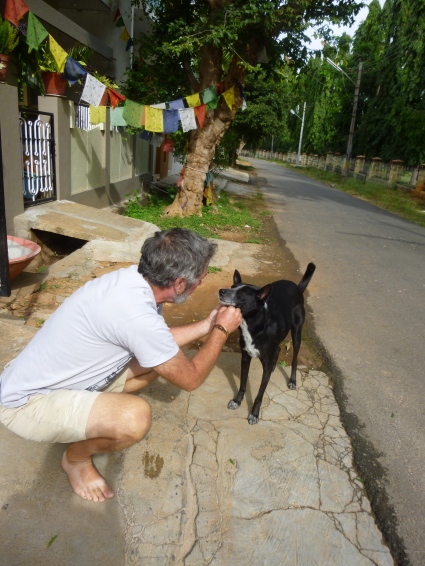 She’s now a fully fledged house dog who has the tendency to roam the streets and hang out at another 4-5 house (and that’s the ones we know about). We’ve had her spayed/neutered or as the vets say desexed (yuk what an awful term) and recently has developed an unfortunate tendency to leak on the carpets so we’ve called in supervet: Michael from Australia for his opinion. 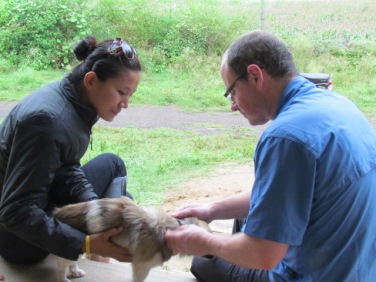 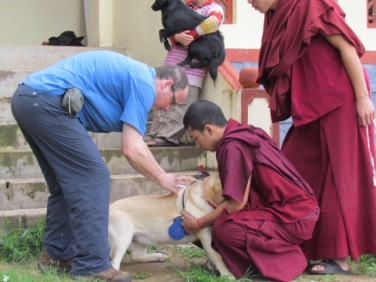 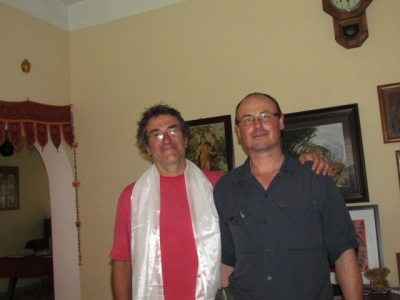 Michael Heath is one of the vets behind Vets Beyond Borders (VBB) and was instrumental in setting up the local project and much much more. He does so much it leaves me breathless. With his own vet practice  in Australia, regular travelling holidays around the world and especially in India, fundraising back at home and regular stints on volunteering, often as a teacher to pass on his skills to others.

VBB, is an Australian NGO that places volunteer vets on projects around the world. We’ve had many come and stay with us here. Michael has helped establish the project to vaccinate and spay dogs in the nearby Tibetan Settlement. He’s visited us many times and continues to be our online vet, with solid helpful advice available at the ‘drop of a hat.’

His advice was Stilboestrol as its a problem which arises in bitches who have been spayed. It’s a hormone thing girls! For you doggy fiends who wish to know more about it, here it is….