So, its probably 2010, Manjula the maid is now working for me at Moksha Marga. She’s an experenced Maid working for Indian families but what is her view of foreigners?

this quote is taken from a series of recordings made by Manjula in her own language and details an incident from before she met me and started working here…. 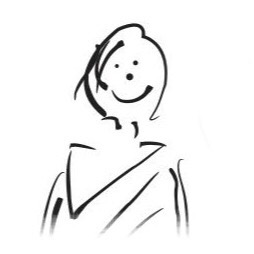 ” I lived at my brother’s place. Once my brother’s wife and I were out to purchase something from a shop, it’s a small village, it comes after Hassan, it’s called Salgami. On our way back home we saw two foreigners, a couple, they were cycling. My brother’s wife said in astonishment, “Look how these English people are cycling in our village. I think they like to see villages.” She continued, “If you work at an English person’s house you will earn well enough, they’ll offer you good food, nice and rich food. Imagine, if I was not married, I would have worked at an English person’s house. I would have eaten the same food as they did, I would be happy and jolly. “
I said, “Ayyayappa! English person’s house? A big NO to their house. They eat insects, they eat all kinds of meat, they eat cow’s meat, pig’s meat and what not! And a few also eat insects.” I said this as I had watched in television; in a few shows which showed them eating many creatures “

She said, “It’s not necessary that everyone eats. The ones who eat will eat and there are the ones who don’t eat at all. “
Later we reached home.

After 6 months, I came to Mysore. Look what happened with me? The same thing what my brother’s wife had said, I got a job at an Englishman’s house. I remember Stephen had asked for a maid for this house, a girl or an old lady. I was lucky to find his house and he was lucky to find me.
I was wondered thinking about all kinds of meat I might have to cook. Later I heard it from Vasanth that Stephen was looking for only vegetarian food to be cooked. “Thank God!” I was relieved.
I eat chicken, mutton and fish. I can cook them all but if it was any other meat I wouldn’t have touched it. I would have reluctantly said “NO” to cook any other meat.

Vasanth with his trusty auto rickshaw (not its not a tuk tuk!) provides a great ‘Fare’s Fare’ service to our guests. I met him hustling for a fare when I arrived in Mysore on my very first trip after a few days in Bangalore. He’s become a great friend and an invaluable source of help and support.