Biscuit (aka Brexit) pales into insignificance. UKAOs just seems so small and so less relevant. 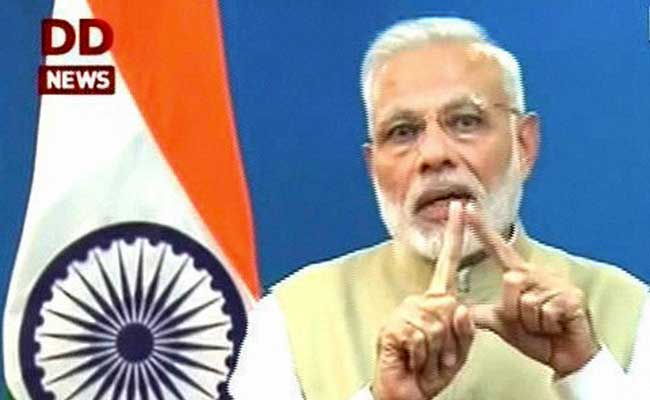 India was MODI-fied, over two years ago, with the election of the BJP party to govern India. Today in a country of one billion people Modi announced that OVERNIGHT all large denomination notes (500 and 1000 Rupees) would be abolished, imagine that? In a country with so many people, where the majority have a stash of notes at home and a significantly large minority aren’t known by the tax authorities, operate in an under-the-table-informal economy will now have to take their cash to the bank to get it exchanged. It is intended to tackle counterfeit notes, bribery, corruption, ‘black’ money and add to other polices such as IDs, bank accounts for poor people etc. that together help contribute to formalise society fully onto the ‘radar screen’. 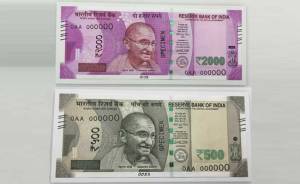 There will be much more to come. Banks are closed, ATMs not working. Once they reopen cash can be exchanged up to a maximum of  4000 Rs per day or put into a bank account within the next fifty days! These new notes will be issued in limited quantities from Thursday.

But it’s India so somehow it will all work out.

Next, we can now look forward to a President Trump! 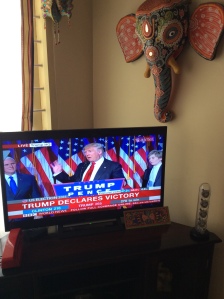 There’s an Elephant in the room.

Is this another example of how people in UK and now the US have become so disconnected with the political classes, the establishment power and the orthodoxy they represent? People are angry and are providing a strong message, wanting a different future.

Meanwhile, ‘laid-back’ Manjula relaxes, munching on the Roses Chocs I smuggled in (equivalent of five tubs) from the UK. She gives them out to friends, neighbours and relatives….. 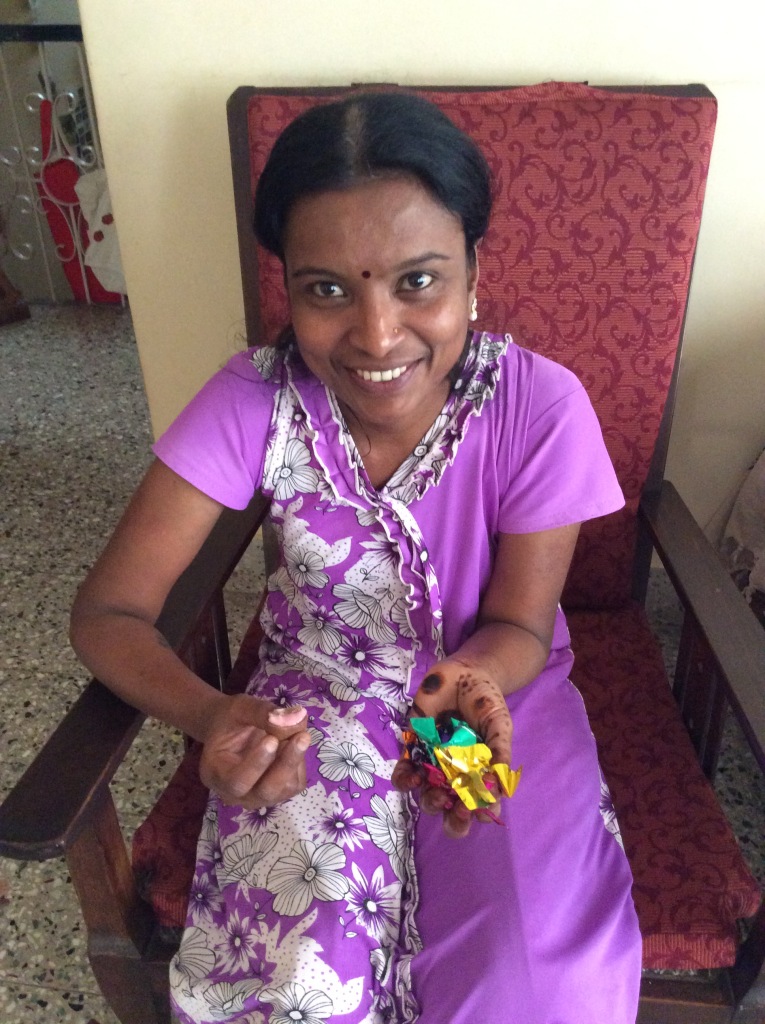