We’re on Srirangapatanam at Satish’s house to join them for Pooja on his mother’s death anniversary.

It’s the usual laid-back affair. No particular timetable. We turn up to find a gathering of women in the hall (lounge). Children careering around in and out of the house. Three men: Satish, his brother in law and me.

There’s offerings in one corner and garlands on the family photos. Manjula and I eat next followed by the kids and finally the ladies who’ve been preparing it all and Satish. (It’s usual for hosts and those that have prepared the meal, to eat last)

I begin to wonder out loud whether it’s in India or UK that we have the bigger meals. I mean volume not calories, although that could also be interesting, of course.  I reckon that the meals are bigger here. Maybe that’s a future photographic project.

Poor Satish, who seems to be first mate on our rickety ship, has to put up with me bending his ear about my wishes for the next year….. More of those projects later! I wonder, does he realise I sort of throw out loads of ideas and that only some of them see the light of day. 🙂

I realise there’s an interesting conversation going on between the women. Of course I’m bordering on being completely hopeless in the language stakes so will have to wait till later for my debrief.

It works out it was about Manjula. Well this is the bit of the conversations and jokes I’m allowed to hear about! Crikey she’s either holding forth about her travels or intriguing them in other ways. Well they were talking about their size (big) and reflecting on their lifestyles, children, one or two hours sleep in the afternoon, and how trim Manjula was. It seems they all wanted to be like her. Could it be a conversation anywhere in the world between women or men for that matter? 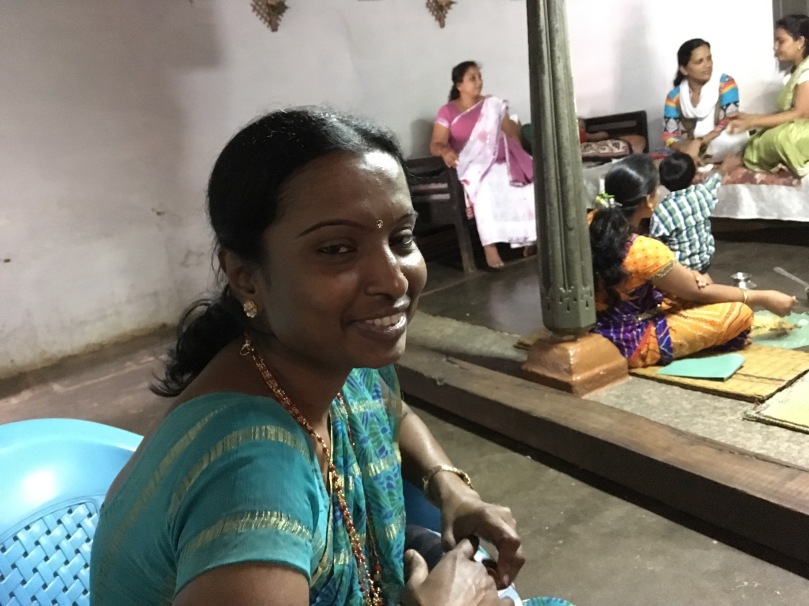 Is the grass always greener on the other side?