Manjula (53 Saris) Vellada, in her latest stunning blue outfit is seen out in the BIG city (Bangalore) with the accessory of THE season: a fetching green plastic folder complete with one hundred and sixty-five pages of documents to try and prove she lives in India and wants and has to return here after her holiday in the UK. Please note the smallest detail. That is the Indian passport for which blood, sweat and tears have been lost in an earlier ten episodes of this story. 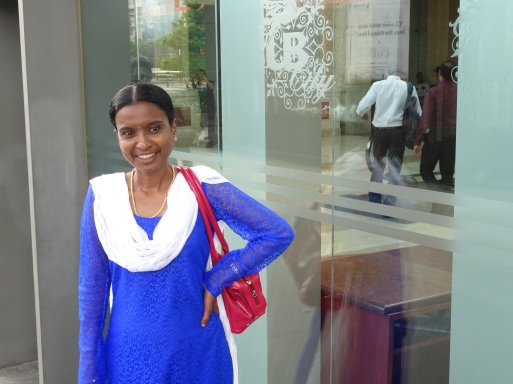 Yes, the second application for a visa is now complete. The online from was submitted almost two weeks ago and the starting gun officially sounded on the 6th when Manjula went back for an appointment at the visa processing plant (assistants not allowed in, of course) in Bangalore (eight hour round trip with three hour processing).

Everything is crossed and we’re told we should probably know within fifteen working days if she’s successful. That sort of takes us to the 26th June and if we get it, we fly out on the 29th. Close eh?

We’re used to living close to the edge 😉  and remember those flowers?

we are seriously invoking the Gods for their assistance in the matter of the visa. We’ve already reported on the astonishing display of these ‘one-night-only’ flowers that first came when we completed the online form and that kept coming out with more of these aromatic beauties for three nights. Here are some of the photos to show what an exceptional thing this is! 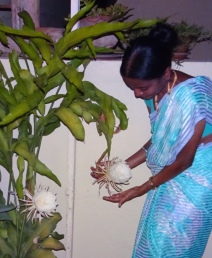 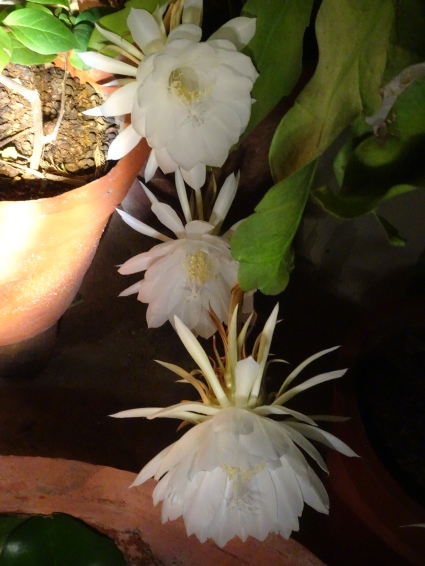 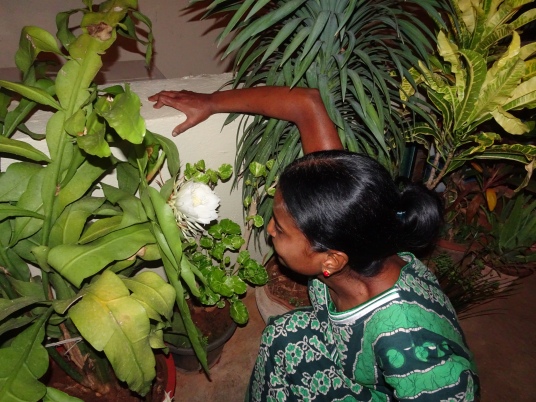 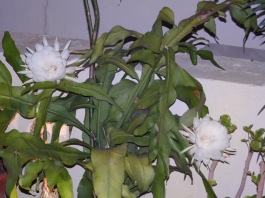 Each are probably larger than two of my clenched fists. (there is no significance in the chosen analogy) We counted a total of fifteen when mostly you’ll be lucky to get one!

So here in hope!

One thought on “Its well and truly in…”