As a young child in the 1960’s my grandparents used to take the grandkids driving through France to holiday in Spain. It was unusual for a working class family from Sheffield (grandad was a steelworker) to go on holiday abroad. What a great experience! 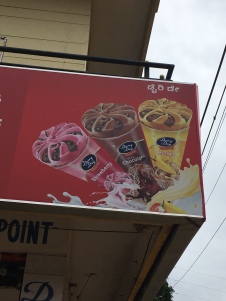 One of the things I noticed changing during these occasional visits over the years was the price of ice cream.

In Spain and England it was at a very low price and affordable on my pocket money. In France it was a little different. You know, more classy with prices to match. 🙂

The price of ice cream was of course significant in my world!

Over the years the prices gradually increased and merged. They became global and consistent. The price (and quality) changed dramatically.

In retrospect I was experiencing from a child’s world view both globalisation and the way products are now priced ie at a level that the ‘market can take.’ Price was increasingly determined not by the cost of raw materials plus the cost of production plus a profit. There was a dramatic shift towards the price-we-can-get-away with charging. There were key stages of this change, including; the increase in international travel especially holidays, higher disposal incomes amongst more people in society, middle class growth, the moving on from the effects of the war, decimalisation, sales taxes such as VAT and of course globalisation and not least internet sales .

In a few short years the cost of ice cream went way beyond my pocket money. Obviously my own disposable pocket money income didn’t keep pace.

I often say that India is a good teacher it illustrates and illuminates many contemporary issues.

We’re seeing exactly the same process going on here. Ice cream was and still is cheap but now there’s a whole range of premium quality options so prices differ wildly. There is a massive surge growth of the middle classes so new demands and greater disposable income, India has always been the world leader of flexible pricing (the least local you look the higher the price you will pay). Now we’ve the introduction of GST (a General Service or Value added Tax) and the idiotic demonetisation which resulted in over 80% of currency becoming worthless overnight, so another reason for prices shooting upwards! So the price of ice cream, amongst other things goes up and up.

We often think that India is a cheap place. That’s both true and not. It can be incredibly cheap and shockingly expensive.

A case in point. 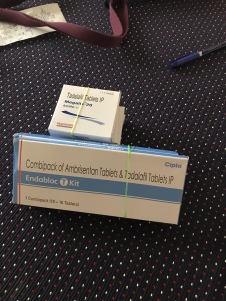 The big box of twenty tablets costs, …….. wait for it……. 1760 Rupees! (That’s one GB pound per tablet) I’ve managed to get a 15% discount and I’m not paying firangi (foreigner) prices. The minimum daily wage here is 250 Rs per day how is someone who is poor, supposed to manage? I can tell you as an exceedingly rich (not) foreigner it’s hard to handle! Imagine what it’s like for poor people, or Manjula for that matter if she didn’t have access to our resources!

So what’s the point?

So, I’m seeing the same process of prices increases at work, here in India over fifty years later.

Prices are becoming more consistent around the world, reflect what’s possible to charge rather than actual costs, are often increased when there’s a convenient policy change such as change in taxation. It also serves to accentuate and polarising difference, it reflecting the severe differences in levels of income and wealth, life and death experience in society.