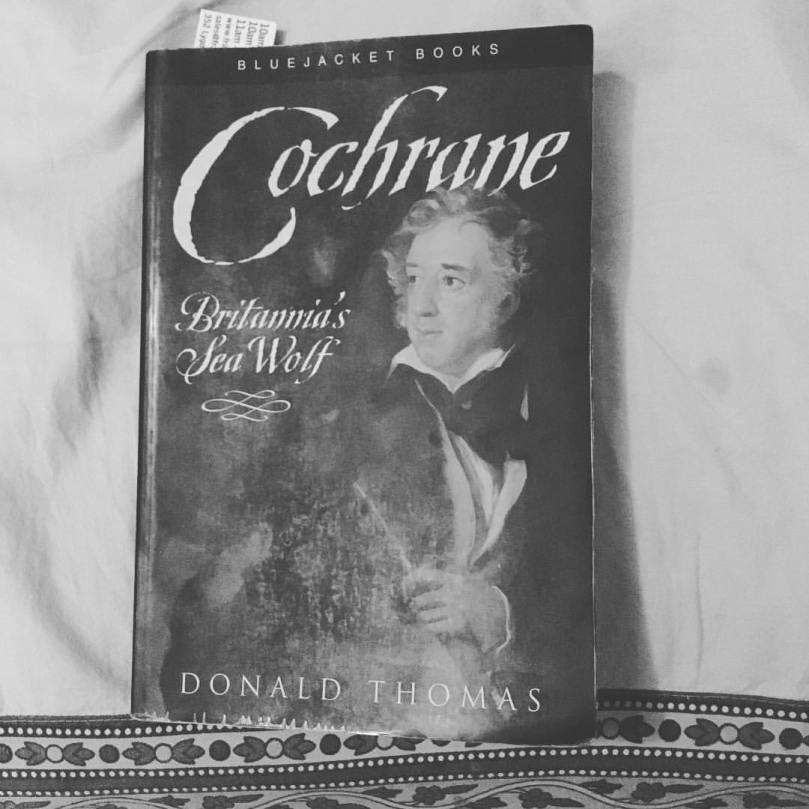 “He was a Radical, whereas those were the palmy days of Toryism. He was outspoken, whereas officials admire reticence and discretion. He was resolute in exposing abuses, and therefore constantly creating trouble. He was impractible – a term still in favour for describing inconvenient excellence; and he head a strong spirit of independence – a quality which as very recent controversies have shown is singularly obnoxious to the official mind.”

This biography of a unique man, helps illustrate how institutions such as the Royal Navy in late 18th and early 19th century were corrupt and how the establishment ‘looked after its own’ and wouldn’t countenance the challenges represented by the radical movement and in this case Lord  Cochrane.

In some ways it helps show how Britain might have introduced or at the very least encouraged those practices through the British Raj in India.

Lord Cochrane was, after the death of Nelson, the greatest naval commander of that age of glory. Equal to his great predecessor in personal gallantry, enthusiastic ardour, and devotion to his country, he was perhaps his superior  in original genius, inventive power and inexhaustible resources.